Why Mexico Needs to Honor Its Energy Reforms

Home Announcements Why Mexico Needs to Honor Its Energy Reforms 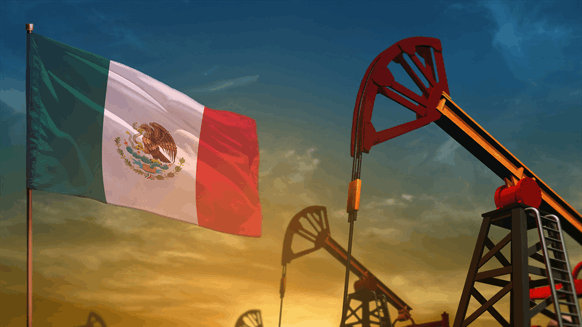 It has been a difficult era for Mexico since crude oil production peaked in 2004 with the collapse of giant field Cantarell. As the chart below from BP shows, output since then has been sliced in half to 1.8 million barrels per day. The fall has become a national crisis for a federal government that has relied on oil sales for 25 to 40 percent of its budget. In fact, this siphoning of funds has left oil and gas monopoly Pemex without the resources for reinvestment in exploration and production. 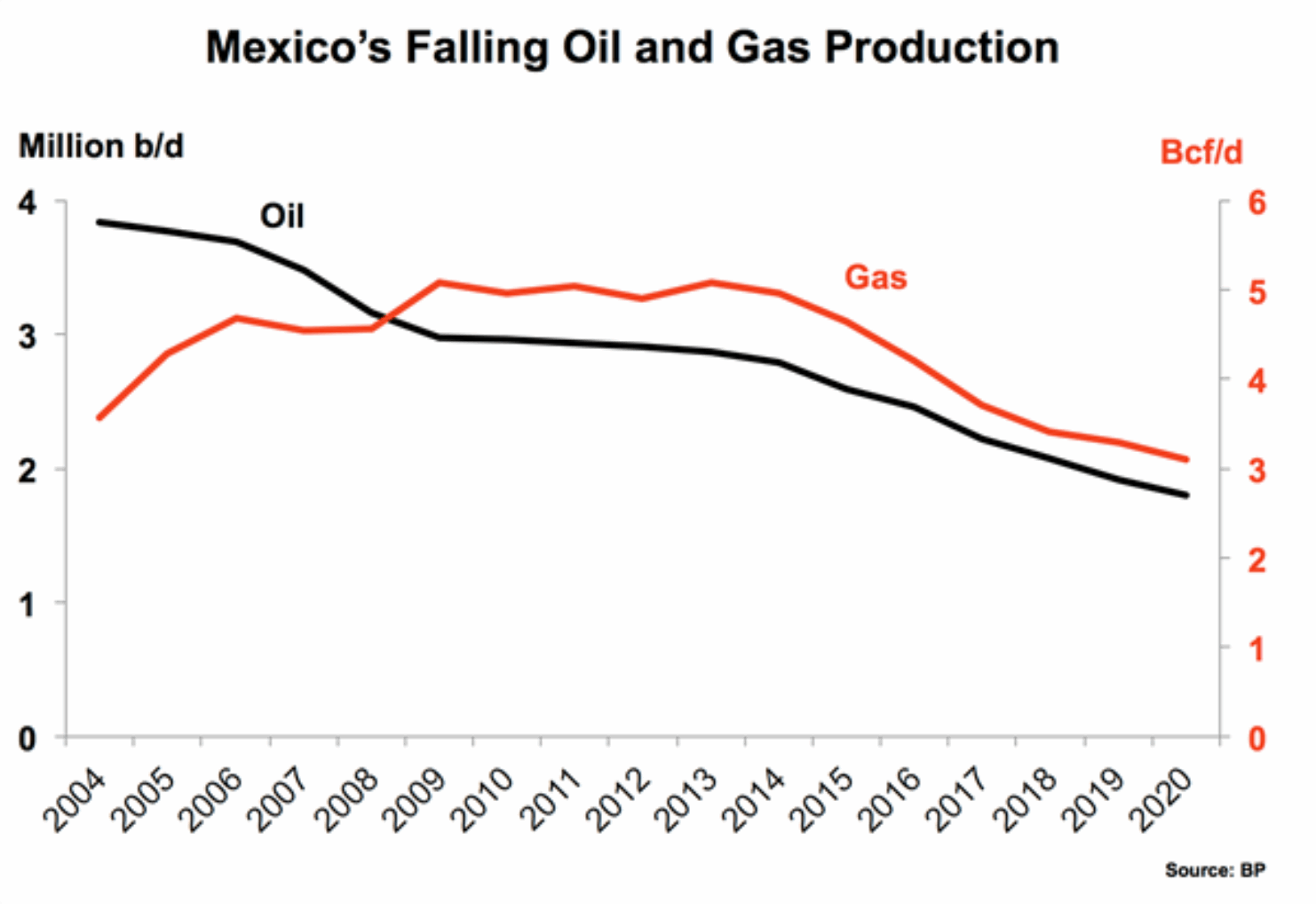 Adopted in 2013 under then-President Peña Nieto, Mexico’s energy reforms for market liberalization have struggled to take flight. The goal was to finally allow private and foreign investment, and also desperately needed technical expertise, into Mexico’s oil, gas, and power markets. Stagnant and inefficient Pemex and state-owned utility CFE would be forced to face stiff competition to improve their operations.

The reformation has been a slow grind for a country with an 80-year history of resource nationalism. Elected in 2018, President Andrés Manuel López Obrador’s (AMLO) administration has rejected the reforms as illegitimate and created an unpredictable business atmosphere. Mexico’s OECD energy advisor, the International Energy Agency (IEA), has stated that  – against its wishes – a variety of new rules have worked to favor the two energy monopolies that AMLO believed risked losing too much market share. With debts exceeding $100 billion, Pemex now holds the distinction of being the world’s most indebted energy company and enjoys little chance of accomplishing AMLO’s pricey obsession: oil refineries that cost $7-10 billon.

In particular, risk-sharing contracts to entice foreign E&P investment are viewed as essential for a Mexican energy rebound. The precipitous decline in crude output has forced a quick shift from oil to natural gas dependence, namely in the power sector, according to IEA. But since the vast majority of Mexico’s own gas production comes as “associated” to crude, domestic gas supply has been falling just as fast as oil. After seven years of supposed increased competition, private players account for just five percent of Mexico’s gas production.

Natural gas accounts for 65 percent of Mexico’s power capacity, an overdependence for a country that relies on U.S. imports for 75 to 80 percent of its total gas usage. Looking forward, this could become an even bigger issue because the U.S. could soon become the world’s largest LNG exporter. The U.S. Federal Energy Regulatory Commission (FERC) is monitoring approximately 50 billion cubic feet per day in U.S. LNG export capacity in the works, bound for the highest bidders.

IEA wants Mexico to utilize its world-class solar resource to diversify the power portfolio and meet climate goals under the Paris Agreement. The AMLO administration, however, has been canceling clean power auctions for private developers in favor of natural gas, blaming “intermittent” renewables for recent large-scale power outages.

Private pipeline developers are therefore becoming even more critical in Mexico. Limitations exist with the national Sistrangas network. Imported LNG from the U.S. has increased because so many areas of the country remain isolated (e.g., the three states in the Yucatán Peninsula). The problem is that according to recent U.S. Energy Information Administration (EIA) data, LNG from the U.S. costs about double the price of piped gas. Moreover, while many want even more import links to the U.S., a foundation of the Energy Reforms was to make Mexico more self-sufficient across all energy sectors.

The good news on Mexico’s energy scene is that the private sector remains interested in the country, having pitched a $92 billion investment package to AMLO last year. EIA has appraised some 545 trillion cubic feet of shale gas potential, with others reporting tens of billions of barrels in deepwater crude potential in the Gulf of Mexico. Incremental energy needs might be the highest in the OECD. For example, at around 2,850 kilowatt-hours per year per capita, Mexico uses less than half of the electricity that other OECD partners use. Although seeking wins this summer in the regional and congressional elections, in order to change the constitution and try to kill the reforms for good, AMLO will serve only one six-year term that runs out in 2024.