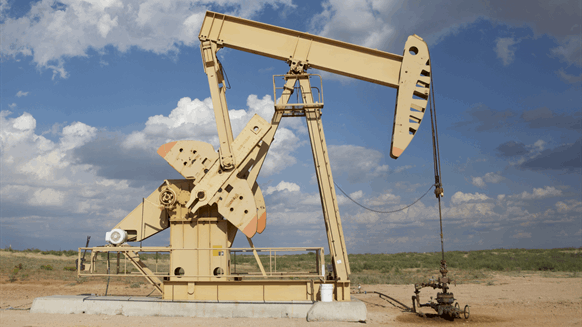 After years of profligate spending and unchecked output helped trigger a series of oil-price crashes, U.S. explorers say they’ve learned from their mistakes. They’ve pledged to keep a lid on production, even as crude rebounds amid OPEC supply cuts and the outlook for a recovery from the pandemic-driven global economic collapse.

Convincing the market is another matter, however.

One longtime energy investor sees “zero value” in producers’ promises of frugality. Explorers’ discipline won’t last as oil extends a recovery from historic lows to trade at more than $50 a barrel, a level at which many shale wells are profitable, said Charles Lemonides, the founder of Valueworks LLC, which has about $200 million in assets under management.

“Discipline will stay for a few months, maybe the next quarter or two before they start going at it again,” said Lemonides, whose firm holds shares in producers including Whiting Petroleum Corp. and Oasis Petroleum Inc. “There’s a lot of equipment and expertise ready to be put to work.”

How the fragmented U.S. shale industry will respond to increased incentives to drill has become a crucial question for traders and industry watchers across the world. Though OPEC and Russia have kept their output in check thus far and President Joe Biden’s administration has halted oil leasing on federal land, crude demand is languishing well below pre-Covid levels as lockdowns persist. A sharp uptick in shale supply could send prices plummeting again.

Past experience favors the skeptics. After the Organization of the Petroleum Exporting Countries and other major exporters cut supplies as oil prices plunged in 2016, shale producers responded by almost doubling output through 2019. The cartel abandoned the strategy in March just as the pandemic worsened, triggering a price war that caused a collapse in the crude market.

Roughly half of the incremental cash flow from higher oil prices may end up being reinvested in production, adding an extra 310,000 barrels a day of oil by December 2021 and as many as 800,000 barrels a day by December 2022, said Artem Abramov, head of shale research at Rystad Energy. But some of the gains will be absorbed by hedging losses, paying down debt and returning money to investors, he said.

The moratorium announced by President Biden on Wednesday on new oil and gas leasing on federal land is unlikely to dent activity until the latter half of his term, according to Vincent Piazza, a Bloomberg Intelligence analyst. Many producers can keep drilling for several years under existing leases.

Meanwhile, the prospect of debt-fueled shale growth has returned as borrowing rates fall. Though many shale producers remain shut out of the high-yield debt market altogether, energy companies that could access it this month were able borrow at as low a rate as 5.67%, the lowest in roughly six years, according to Bloomberg Barclays index data. That could lure small-cap drillers with relatively healthy balance sheets to borrow cheaply to either refinance their existing loans or ramp up production.

Still, there are reasons to believe that shale producers have reformed. Explorers are under unprecedented pressure to cut down on spending and generate free cash flow, with Exxon Mobil Corp. and Ovintiv Inc. facing proxy battles from investors urging the companies to improve performance and return that cash to shareholders. Executive pay packages, which are often tied to boosting production, have also come under scrutiny.

McDermott says most producers monitored by the bank have committed to reinvest no more than 80% of operating cash flow, broadly shifting their focus away from growth toward boosting returns and cash back to investors. Over the past five years, in contrast, those companies spent about 120% of their cash flow.

“The industry is changing. Management teams are responding,” said McDermott.

Despite this year’s rally in energy stocks amid broader market gains, the sector has fallen out of favor amid the perception that the industry is a poor steward of capital. Almost 30 U.S. oil and gas producers with $45 billion in liabilities filed for bankruptcy in the past year alone, according to data compiled by Bloomberg.

“The old linkage between higher oil prices and higher U.S. oil production is largely gone,” says Tai Liu, an analyst at BloombergNEF. “Stocks are not being rewarded for production growth.”

Oil market mavens are closely monitoring the U.S. industry for signs of increased drilling and production. While the tally of oil rigs operating across the U.S. has risen about 60% to 289 since August, according to Baker Hughes data, that’s still far below pre-pandemic levels. Alex Beeker, a principal analyst at Wood Mackenzie, said the increased drilling is necessary only to keep production levels flat as older wells become unproductive.

“We do think for the most part that most companies will stick to their promise of greater capital discipline and not increasing production, at least in a dramatic way,” Beeker said.

U.S. oil futures have climbed about 9% so far this year, buoyed by OPEC’s deal to extend production cuts. The most likely scenario, in which oil prices averages $51 a barrel in 2021, would have most explorers targeting flat production, with total U.S. oil output probably still falling by 460,000 barrels a day from last year’s level, according to Beeker.

But smaller, privately held explorers may find it more difficult to keep discipline as they need to boost scale to survive, Bloomberg Intelligence’s Piazza said.

“Skepticism would increase with the 2021 strip surpassing $50 a barrel,” he said.

Kevin Crowley in Houston at kcrowley1@bloomberg.net